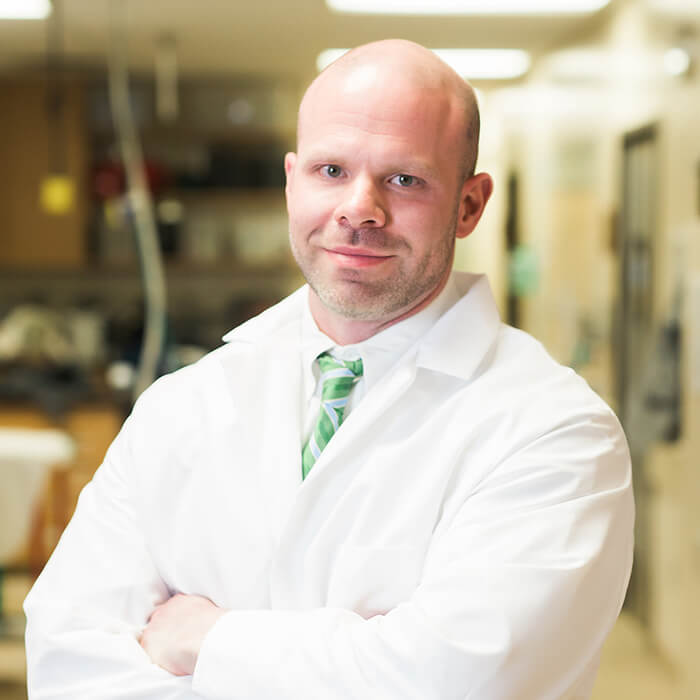 A Tennessee native, Trent Stephens, DVM, PharmD, MS, DACVS, started his education with a Bachelor of Science degrees in biology and chemistry at Western Kentucky in 1999 and a Doctor of Pharmacy at Stanford University in 2003. He finalized his education with a Doctor of Veterinary Medicine at Auburn University in 2007 and a Master’s Degree in Biomedical Sciences at Auburn University in 2011. Specializing in soft tissue and orthopedic surgery, Dr. Stephens is a Diplomat of the American College of Veterinary Surgeons.